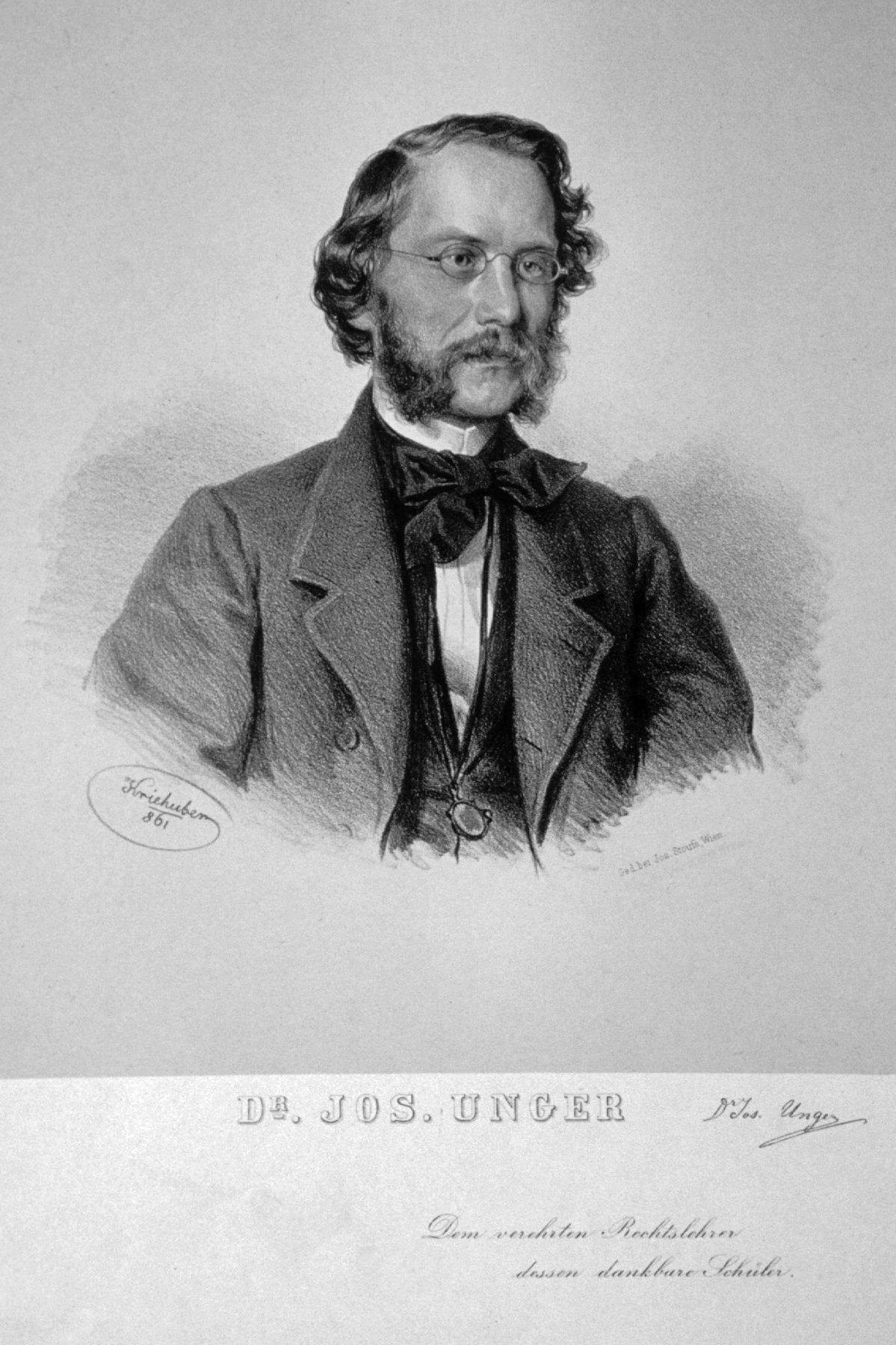 Joseph Unger (2 July 1828 – 12 May 1913) was an Austrian jurist and statesman. Having studied law at the university of his native city, he in 1850 was appointed assistant librarian, and in 1852 ''privatdozent'', at his alma mater. The following year he was called to Prague as assistant professor at the university, and in 1855 to Vienna in a similar capacity. In 1857 he was appointed professor of jurisprudence at the latter institution. In 1867 he was successively elected a member of the Austrian Landtag and of the Reichsrat; but on account of ill health he had to resign in the following year. Appointed in 1869 by the Emperor Franz Joseph a life-member of the House of Lords, he soon became the whip of the Liberal Party. Two years later he became minister (without portfolio) in Prince Auersperg's cabinet, but resigned upon the prime minister's defeat in 1879. In 1881 he was appointed president of the (Supreme Court of Administration). Unger converted from Judaism to Roman Catholicism in 1852. Provided by Wikipedia
Showing 1 - 1 of 1 for search: 'Unger, Josef, 1944-', query time: 0.02s
List  Tabulka
Search Tools: Get RSS Feed — Email this Search —
Loading...